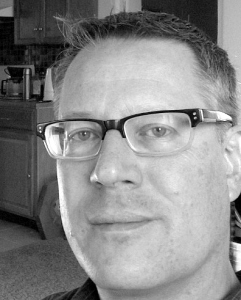 I don’t even know if Grandpa Norris was literate, growing up in an orphanage and all. I do know that my grandma and her second husband were only educated through the sixth and eighth grades. They could definitely read and write: my grandma wrote folksy poetry and songs, and my grandpa taught himself calculus and got his ham radio operators license. It’s just that public schooling in the United States was still pretty sketchy in a lot of places a hundred years ago. So my dad’s parents were marginally educated, working class people. But my dad and his half brother were artistically inclined. My uncle made his living as an artist/painter, and my dad went to college and became a high school teacher. My dad had many talents, actually. He had a lovely singing voice, entertaining audiences with Woody Guthrie tunes, strumming away on his guitar or ukulele. He and a buddy had a nightclub act full of songs and jokes. And he was a radio DJ on weekends, had a column in the local newspaper, and started the theater program at our high school. He was always in demand as a public speaker, sweetening his insightful remarks with hilarious one-liners. But mostly, he wanted to write “The Great American Novel.” Never did, though. He planned to in retirement, but unfortunately he already had stage four lung cancer when he retired. He died at sixty-six. I am sixty-one now, so I think about that a lot. Maybe that’s why I retired early, to try to beat the clock.

My English teachers heaped praise upon my writing, beginning in seventh grade, when my teacher exclaimed I was a budding Will Rogers. I had no idea who that was, but she thought an essay I wrote was particularly funny. In high school my creative writing teacher tried to get me to submit a story to a national competition, saying I was one of the few students he’d had who might have a chance to make it as a writer. And so forth. I always figured I would spend my twilight years punching out some stories. And here we are.

All this to say that my dad and I didn’t fight with light sabers. We penned missives. We saw politics and economics through the same lens, so we didn’t fight about such things. But over the course of our lives I think we both cared a lot about what the other one thought of us. So when we wrote to each other there was an undercurrent of urgency, maybe even desperate hope. Because we both felt we were poorly understood by other people, we found in each other a certain fraternal affinity. Nevertheless, we often disagreed about each other’s priorities in life. Most notably, when I was on the verge of entering into a hasty marriage with my high school sweetheart just shy of my twentieth birthday, he wrote me a twelve-page handwritten letter begging me to reconsider. I thought he didn’t know what he was talking about. Yes, he made excellent points, and the similarities with his ill-advised marriage to my mother were numerous, but I was offended that he thought I was as stupid as he was. I knew what I was doing! Three years later I stumbled upon that letter. The marriage had only lasted a year and was a total disaster, as he predicted. As I reread his words, only for the second time, I realized he knew of which he spoke. So, another eight months down the line, when I hit alcoholic bottom, perhaps I was more open to reaching out to him than I would have been. It saved my life.

The roles reversed a little towards the end of his life. He was going through some deep therapy and seemed to be flailing about, while my life had really come together after a decade of sobriety. So we wrote to each other frequently. He was grateful for my helpful insights. My next post will touch on some of what was going on, and what I think about it all now.